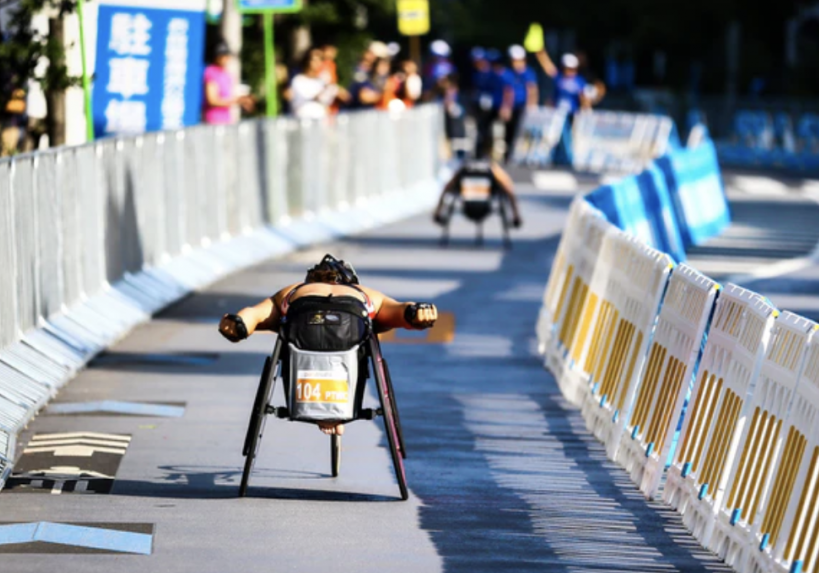 The NZ Cycle Classic has attracted 14 teams and 2 international riders with the full team and riders list released.

Today race director Jorge Sandoval, shared the full team’s list for the 2021 UCI 2.2 NZ Cycle Classic, which gets underway in Wairarapa next Wednesday.

USA rider Adrian Hegyvary, a track cyclist who specializes in the Madison, will make his debut at the five-stage UCI 2.2 New Zealand Cycle Classic being held in Wairarapa and Wellington next week. Credit: Cullum Browne

Team Trust House has been given a significant boost with the inclusion of two international cyclists ahead of next week’s opening stage of the UCI 2.2 New Zealand Cycle Classic being staged in Wairarapa and Wellington.

Adrian Hegyvary a USA track cyclist who specializes in the Madison, has won multiple National, Pan American, and World Cup titles and podiums placings, and who is on the long-list for the Tokyo Olympics, and Mark Stewart, a Scottish road and track cyclist who most notably won the Commonwealth Games Points Gold medal, have been named in the six-person team.

The pair will be the only international riders to compete in this year’s five-day NZ Cycle Classic because of world-wide travel restrictions put in place following the global COVID-19 pandemic. They will be joined by New Zealand riders Boris Clark, Carne Groube, Dan Bridgwater and Hugo Jones and team manager Tim Carswell to form Team Trust House, one of 14 teams contesting the event. Other teams announced by race director Jorge Sandoval today include Black Spoke Pro Cycling Academy, New Zealand’s only UCI pro team and winners of last year’s Team’s Classification title, Australian based St George Continental with a line-up of Kiwi riders, the New Zealand National team, and a Cycling NZ team.

Hegyvary grew up in Seattle but has been coming to New Zealand for the last 10 years. In 2014 he married fellow cyclist Rushlee Buchanan and last January became a New Zealand resident. His 2020 travel plans revolved around the 2020 Olympics, which were postponed so he remained here during lockdown. He has since thrown himself into training and is looking forward to making his NZ Cycle Classic debut next week and visiting Wairarapa for the first time.

“Training has been good here; I think it's easy to forget living in New Zealand how difficult things are everywhere else in the world. USA Cycling had to lay off most of their staff because of lost funding from Covid-19, including the men's track endurance coach who I was working with before. They couldn't train on the velodrome for quite some time, then could only train individually and now can train in bubbles. Almost all racing was cancelled and what's planned for 2021 has been pushed back. So to be able to race and train freely in New Zealand, not to mention enjoy the summer now, has been an enormous privilege,” he says.

“Thanks to Jorge and the sponsors of the NZ Cycle Classic race for putting together an event of its scale despite travel restrictions keeping out the normal teams. Most of my teammates have not raced in almost a year and are all shocked that it's happening somewhere in the world!”

Hegyvary, who has been an intern coach with the Waikato Hub team in 2020, has ridden or trained with most of his Trust House teammates. He also teamed up with Stewart last November to claim silver at the NZ Madison championship.

“The roads are amazing here and the Avantidrome and Cycling NZ have been great - letting me use the gym and track,” he says.

Like Hegyvary, Stewart has ridden track and club rides with his teammates and will also make his NZ Cycle Classic debut.

“I'm particularly looking forward to racing around the streets of Wellington [on the final stage]. I want to have some fun, race hard and annoy the other teams,” he says.

Established in 1988, the five-stage New Zealand Cycle Classic is a UCI level 2 sanctioned event and the sole Oceania stage road event being held in New Zealand this month. It will see 14 teams of six riders zoom through and around the townships of Masterton, Carterton and Martinborough as well on roads that pass-through rolling rural countryside and past vineyards. It concludes in Wellington city with a Criterium.

It opens on Wednesday 13 January in Masterton with a 10km team's time trial. The following morning is a 158.1km stage taking riders north towards Eketahuna and back, before a small hill climb sees them finish outside the Masterton Golf Club in Lansdowne. Stage three is 127km and will see riders depart Masterton and head south to the pretty wine village of Martinborough while stage four – known as the Queen Stage – is a challenging hilly, 127km that sees riders climb the 6km Te Wharau Hill twice before grinding up the steep Admiral Hill in Gladstone for a hilltop finish. The Tour concludes in Wellington city on Sunday 17th January with a fast-paced criterium around the inner-city streets of Lambton Quay.

In addition, a fun, new community event, Cycle the Golden Mile will be staged before the Criterium giving cyclists of all ages and abilities the rare opportunity to bike along Lambton Quay. Sandoval says excitement is building for this final stage.

“Long-time Wellingtonians will fondly remember when the Tour was first held in Wellington in 1988 and then, the last time in 2011 when it was won by a young George Bennett who has gone on to achieve great things, most notably racing in this year’s Tour de France,” says Sandoval. “Thanks to support by the Wellington City Council, I’m excited to bring a fast-paced Criterium circuit race back to Wellington’s inner-city streets for the fifth and final stage this year.”

All riders NZ unless stated

Next Gen Racing by Resolve Technology