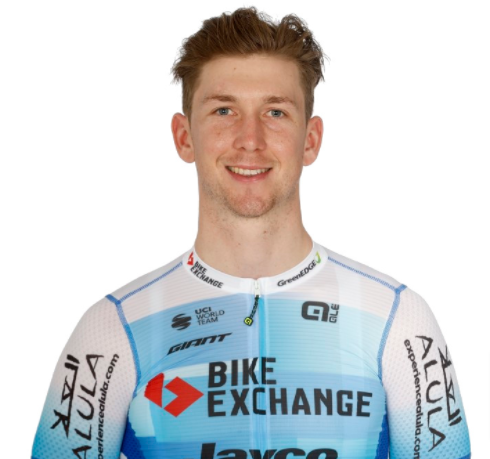 New Zealand mountain bike champion Anton Cooper has powered to a podium finish in the third round of the Mercedes-Benz UCI Mountain Bike World Cup in Austria.

Cooper, the Trek Factory professional, was in the leading trio that edged clear after the first full lap of the demanding 3.6km course at the foot of the Asitz mountain in Leogang.

They worked their way to a 15 second advantage mid-race before Cooper found the pace too hot and edged eight second behind leader Mathias Flueckiger. Cooper remained in touch less than 50m behind the leaders until the final lap when the Swiss rider went clear to victory. He finished 14sec ahead of Ondrej Cink (CZE) with Cooper 45sec back in third.

It was his third top-3 finish in a World Cup following third placing in Albstadt in 2017 and runner-up at Nove Mesto na Morave in 2018.

The result moves the Christchurch rider up to a share of fourth place in the World Cup standing with Dutch superstar Mathieu van der Poel.

“Overall I am very happy. I rode a mentally strong race. I had to decide that I could not quite go with the pace of the leading two riders in the end and I wanted to make sure I could fend off the chasers behind me,” Cooper said.

“There was a lot of climbing with three technical sections in the woods that if you have a clean run through them, it was very important for a good lap time. It was not the worst course to ride solo, and in the end, I was able to ride strong and not fade too much.

“It has been a really strong start to the year. I didn’t expect the season to start this well. I am very confident with how I am riding. I am also confident that it is not a one-off. It is form that I can carry through most of the year.

“There is still a lot to add to my training. I am confident in what my coach has me doing. Now it is a matter of ticking those boxes, doing the right things, staying calm and not get carried away. There’s no reason why the good form can’t carry on.”

Cooper is confident his performances will earn him selection for next month’s Tokyo Olympics with the NZOC expected to make their selection announcement within the next week.

The next round of the World Cup is set for Les Gets in France in three weeks, including rounds for both cross-country and downhill, while Cooper plans to race a Swiss Cup race this weekend.