One step ahead for Australian Olympic paddlers 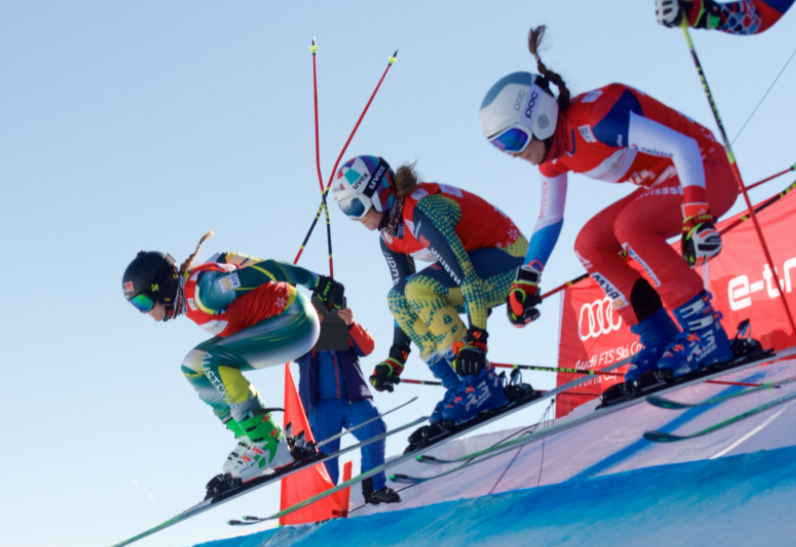 The Championships featured the Olympic and Paralympic Sprint team with more than 270 races held over five days.

Rio Olympian Alyce Wood kicked off the final day of competition with a win in the K1 200, an opportunity for her to get some much needed racing in before Tokyo.

“It’s really good to come here and get a few wins under our belt before the Games, it’s kind of all about the process at the moment,” Wood said.

“We’re not racing the 200 in Tokyo, but it’s good to know that I can get out of the blocks quickly.

“It’s also been great to be back in the K2 racing with Aly (Bull). We’ve really nailed the race processes and we’ve been able to take away some bits which are really positive, and some bits that we can work on in the next 60 days or so.

“I’m really excited to get to Tokyo and lineup - we love the K2,” she said.

Racing alongside the next generation of athletes has been something that Wood has enjoyed about the Adelaide regatta.

“It’s good to see that gap being bridged this year, and to see the next generation of athletes coming through the ranks - things are looking really exciting for the Paris Olympic and beyond,” Wood said.

For Wood, the highlight of the final day is always the K4, and watching her husband Jordan in the Olympic K4.

“I think I get more nervous watching him race than I do for my own races,” Wood said.

“I get so excited to watch the boys in the K4, they’re probably the best team I’ve ever seen in terms of camaraderie and how much they get around each other.

“They’re four best mates jumping in the boat, and being able to go to the Olympics together - I expect some big things from them because they are a very good combination,” she said.

For Olympic bronze medalist Lachlan Tame, who’ll be lining up in the K4 in Tokyo, the Nationals has been a good hit out for him and his team mates who took out the K4 500 on the final day of racing.

“It wasn’t perfect, but that’s why we’re here. We’re working on getting it right for Tokyo, so we raced the race it was and it was good to get a nice little win,” Tame said.

“We’ve got Murray (Stewart) coming back from injury, so it was a little rusty, but the middle 200 is where we’ve done most of our hard training so far, and you could see that really paid off,” he said.

Being able to simulate the pressure of racing is what has proved to be the best test for Tame at Nationals.

“You want to have nerves, because you want to know what nerves are, and you want to use them for more energy,” Tame said.

“I think we’re even going to be able to go to another level when we get to the Olympics and that’s the exciting part.

“Going to trials last year, I was just looking forward to getting the boat on the water because we’re all fun and we’ve been around each other since 2015.

“So to finally slip on the race suits together overseas later this year will be really special - there’s a good vibe amongst the four of us.

“I really wanted to do the K4 after Rio because it’s the closest you can get to a footy team in paddling.

“I was so nervous before we came down to the course this morning, but then I look at the other boys and I know they’ve got my back.

“We call it the Ferrari, and no one does the Ferrari by themselves, it doesn’t just fire off one engine,” he said.

With just over 60 days to go until the Tokyo Olympics, Tame said the team are hitting their straps.

“We’re stoked, this is the jam now and it’s been so enjoyable being in the boat with Riley, Jordan and Murray,” Tame said.

“There’s 10 weeks until the Olympics and we’re pretty confident that we’re going to get it perfectly right in Tokyo.

“You can have bad days, but if you can have good moments every day, that’ll be great,” he said.

For Seipel, having the opportunity to race at Australian Canoe Sprint Championships has provided the perfect stepping stone to the Tokyo Paralympics, in just over 90 days time.

“It’s been a long time between Nationals, and it’s really great to be back here, a little bit later than originally planned.

“The Paralympics is getting a lot closer now, and starting to feel a lot more real that it’s actually going to happen.

“I’m looking forward to it – I’m a bit cautiously optimistic about everything, but we’re going to just follow whatever we’re told to do and try to have a really safe Paralympics.

“There’s not much time left, so we’ve just got to keep going hard until the finish line is in sight,” she said.

Being at the Canoe Sprint Championships has also been a good marker in time for Seipel, who has enjoyed having the whole Olympic and Paralympic Sprint team back together.

“It’s one of the things that I really love about this sport, the inclusion of the para and able bodied events together,” Seipel said.

“I think it creates a really good environment and atmosphere, and everyone is so supportive of each other,” she said.

“Obviously we couldn’t go out to Penrith this year with the flooding that happened out there, but it’s good to be back in South Australia,” Littlehales said.

“It’s my first Nationals down here, it’s been good weather all week, and good conditions – it’s just been great to get some domestic racing in,” he said.

Being reunited with his Gold Coast based team mates has definitely been a highlight for Littlehales, with Nationals also providing a good check in point for Littlehales to test his skills against teammate Curtis McGrath.

“I don’t actually get to see the rest of the para team too often because I’m training at Narrabeen under NSWIS at the moment. Just to catch up with everybody is always a bit of fun,” Littlehales said.

“Curtis and I have had a rivalry that goes back to when I started paddling, he’s having a good season leading into Tokyo, he’s looking really fit and he’s paddling really well at the moment,” he said.