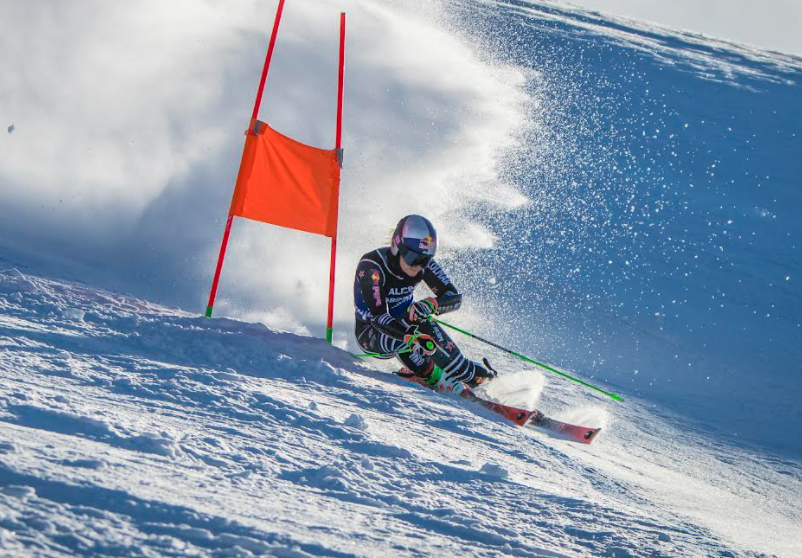 There was an air of nervous excitement as 31 hardy souls prepared for the start of their 68km ultra marathon through the Coromandel ranges. It was just before 5.30am on Saturday morning and was still pitch black, but surprisingly warm and the forecast was for a beautiful sunny day.

There was a wide mix of ages and the field which included 4 women, and with headlights flashing, the field quickly disappeared from the Coromandel Town start into the forest.  They would reappear 30 minutes later, on the outskirts of town after completing the Harray Track. Zane Adams (Auckland) and Ben Alton (Rotorua) were the first to appear leading by about a minute from 25 year old James Bayly (Auckland).

The runners soon disappeared again climbing the Flays Road to an altitude of 300m before entering the recently found “Old Colville Road” This is the original road to Colville which has not been used in over 100 years. The road hugs the 300m contour and includes 20 stream crossings before reaching the first water station at the 15km mark.  Ben Alton was first to arrive in 1:47, followed 3 minutes later by Nick Allen from Orewa with James Bayly a further 4 minutes back.

The runners then descended onto the White Star Station and made their way through paddocks and farm races before reach the “hill of despair”, a 3km steep climb up to top of the White Star and the 2nd Water Station.  Zane was still in front arriving in 2:50 and was still looking as cool as a cucumber.

The next stage was to the 37km mark at Waikawau Beach and the psychological, if not physical half-way point of the race. Zane led and a small group of three followed just a few minutes back. The 2km run along Waikawau Beach at high tide was torturous and expletives could be heard back in Coromandel Town. Meanwhile Waiuku’s Chloe Vincent led the charge in the Womens Race.

The last half of the course followed the old Kauri Classic course and for those of you who have experienced it you will know that this on its own is a brutal run.   Just as they reached the high point back on the ridge line, Zane started to cramp and slowed considerably, allowing James Bayly and Shane Holmes (Waiuku) to catch up and overtake.  The toughest part of the course is the razor back ridge line at the top of the White Star, a series of steep up and downs, testing the fittest of runners and leaving one wondering what on earth possessed you to sign up for such an undertaking.

The runners were not sighted again until the top of the Kennedy Bay Road and final water station. James Bayly came thundering through with a healthy 5 minute lead over Shane with Zane trailing few minutes behind. With just 9km to go, the Kaipawa and success tracks are hardly a walk in the park and constitute the most technical part of the course. Tricky , root covered, rolling ridgeline followed by a fast 4km descent on slippery clay.

Competitors enjoy the views across the Coromandel

First into the Coromandel school field and finish line was James Bayly who managed to extend his lead and win in 8:33:46, just under 15 minutes ahead of Shane Holmes with Zane Adams holding third, a further 14 minutes back.

Chloe Vincent ran an outstanding race. She just loves a course with technical terrain winning the women’s race and managed to finish 8th overall in a time of 9:53:00

Both the 30km and 20km finish traversing the punishing Kaipawa and Success tracks.

The shorter 12km course around the Harray and Kauri blocks close to Coromandel Town saw both Tauranga’s Scott Illingworth and Steve Swallow (Lower Hutt) beat the hour in 58:33 and 59:32 respectively.  Perhaps the most remarkable result of the day however, was 17 year old Hannah Gapes from Rotorua who finished 1st overall in a staggering 54:18. She is surely destined to be a star of the future.

In all 375 competitors ran or walked the 16trh edition of the Great Kauri Run.  This will take our total participation to over 4,000 with a corresponding number of kauri planted along the course.